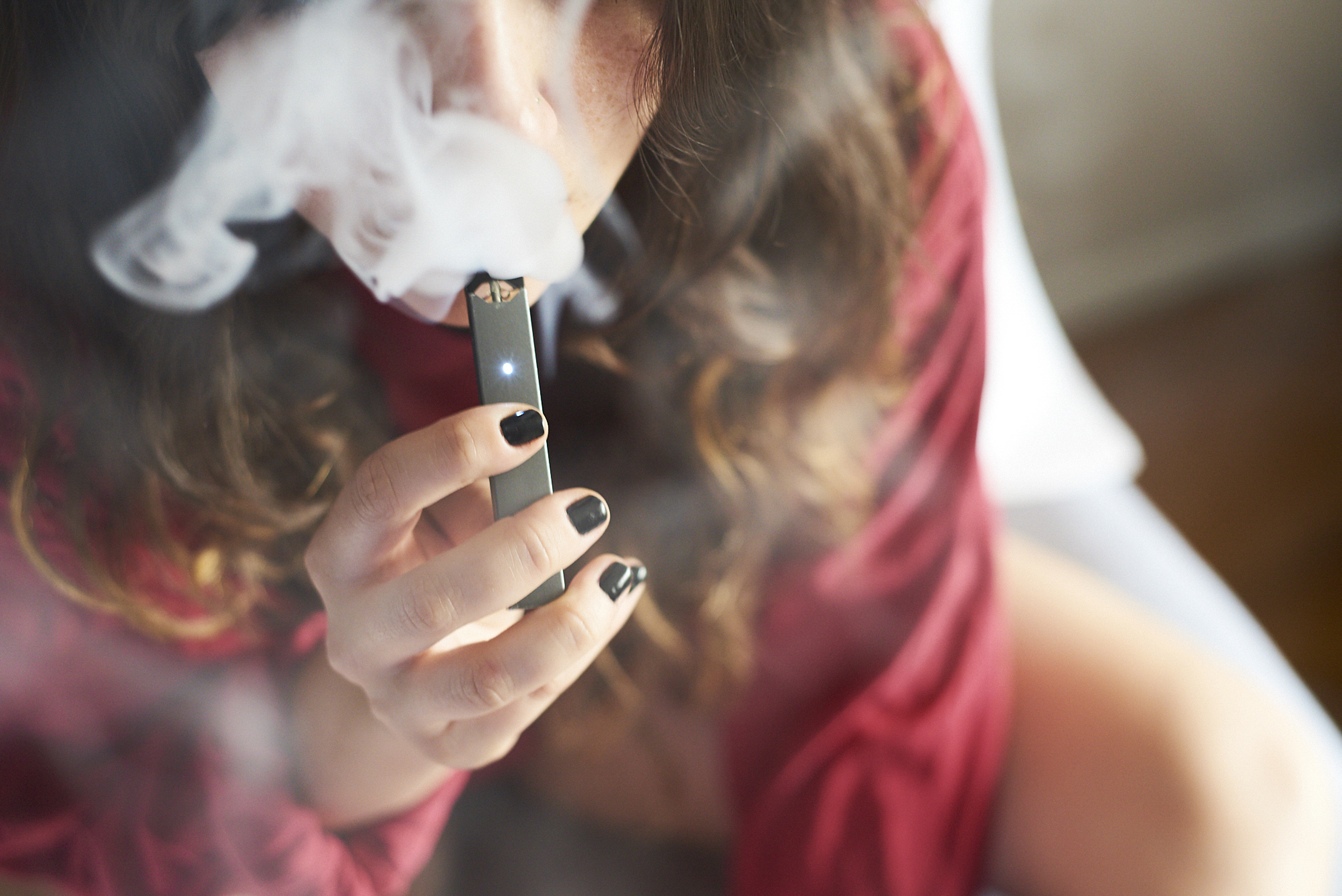 E-cigs, vape pens, tank systems, mods. There are a number of different styles and nicknames for e-cigarettes on the market and chances are you have been seeing them everywhere. Similar to the rest of the country, New York saw a massive increase in the number of teens vaping this year, almost double the number from 2014 according to NY Department of Health. This worrisome trend is putting the health of our nation’s youth at serious risk and state legislators are looking to place bans on certain products to reduce children and teens’ access to it before it’s too late.

In a study sponsored by the National Institute on Drug Abuse administered by the University of Michigan, researchers found that vaping trends rose higher and faster than the use of any other substance in the 44-years the project has been running. The study, Monitoring the Future (MTF), has been measuring drug and alcohol use among adolescent students across the United States since 1975. When comparing vaping trends from 2017 to 2018, there were approximately 1.3 million more high schoolers vaping across the country, a number of these youth using nicotine products for the first time.

Vaping is not necessarily new, yet the release of exciting new products has made vaping a popular trend among teens. Since e-cigarettes hit the American marketplace in 2007, vaping products have become more flashy, compact, discrete, and deliciously flavored to entice younger users to pick up the habit.

Flavoring: Flavoring has been noted as one of the number one reasons for vaping numbers to soar among teens, easily disguising the dangerous ingredients these products actually contain. There are an estimated 15,000 flavors available to for e-cigarettes according to health officials, some of the most popular flavors including strawberry vanilla, berries, custard, mixed fruit, candy caramel, and cookie.

Design: The newest devices sport unique designs meant to show off, with customized and personalized options that make e-cigarettes more of an accessory than anything else. Other products on the market are popular because they are designed to look like other everyday items, such as USB drives, meant to hide easily in public places or areas where vaping is banned.

Availability: The number of vaping and smoke shops that have popped up in New York over the past few years is astonishing. The NYS Vapor Association estimates there are around 700 vaping shops so far in the state. To make things worse, teens can order online, delivering nicotine products right to their door with a simple online age verification anyone could fake.

In addition to becoming cool again, a new generation of smokers are getting hooked under a cloud of misconceptions and false beliefs- they think it’s harmless fun. Teens are using vaping products as nonchalantly as they would pick up a can of soda, without the fear of future addictions, health concerns, or a second thought as to what chemicals they are putting into their bodies.

Teens can be naive when it comes to habits like smoking and companies who sell these products are counting on it. Vaping companies who market their vaping juices will use words and phrases such as ‘natural’ and ‘safer than smoke inhalation’ to create the illusion that their products do not have the same dangerous effects as traditional cigarettes. However, teens are still inhaling known harmful and other possibly harmful substances every time they vape. The U.S. Surgeon General report highlights these as some of the most common ingredients found in e-cigarettes:

Nicotine alone causes several health concerns when ingested: increased heart rate, increased breathing activity, increased blood pressure, lower amounts of insulin, increase in blood sugar or glucose, increased heart stroke volume, increased clotting, and more. Nicotine for younger users can have a seriously adverse impact on their brains. For the adolescent brain, which is extremely impressionable and still developing up until age 25, nicotine can stunt the development, setting youth up for cognitive and academic challenges in the future.

The Most Dangerous Vaping Options

Although most vaping products pose a health risk to users, there are two vaping trends that parents should be worried about: Juuling and THC

Juuling: This form of vaping has become particularly worrisome for its discrete use and high levels of nicotine. The National Center for Health Research reports that Juuling products are 68% of the $2 billion e-cigarette market and especially popular with middle school and high school students. JUUL pods are tiny, designed to fit right into a sleeve. Because they are odorless, they allow teens to use them wherever they go. Kids are actually using these devices while in school- directly in class! With access to these types of devices 24/7, teens who use JUUL pods are at an increased risk of severe addiction to nicotine compared to those who use less discrete vaping products.

THC: Tetrahydrocannabinol or THC is the ingredient in marijuana that produces the feeling of being high, and there is a massive increase in teens sneaking THC into their vaping products. While it’s one thing to use these products in the safety of your home, that’s not the way teens are using them. Smoking THC while in school can cause students to fall behind academically. And smoking these products while in the car is putting others on the road in serious danger.

Parents can’t be with their teens every moment of the day to make sure they are saying no to vaping, but they can still have a significant impact on whether or not their teen chooses to try vaping by using these prevention tips listed in the Surgeon General report:

An article in the New York Post from back in November 2018 reported that the Cuomo administration is planning on placing a ban on flavored e-cigarettes this year to reduce the number of kids putting their health at risk. The ban would not apply to e-cigarettes that are unflavored but at least it would be a start in regulating these dangerous products in our state.

You can make a huge difference in your own community to help reduce vaping by spreading awareness about the dangers and getting other parents involved in the efforts to get vaping out of schools and away from our children.