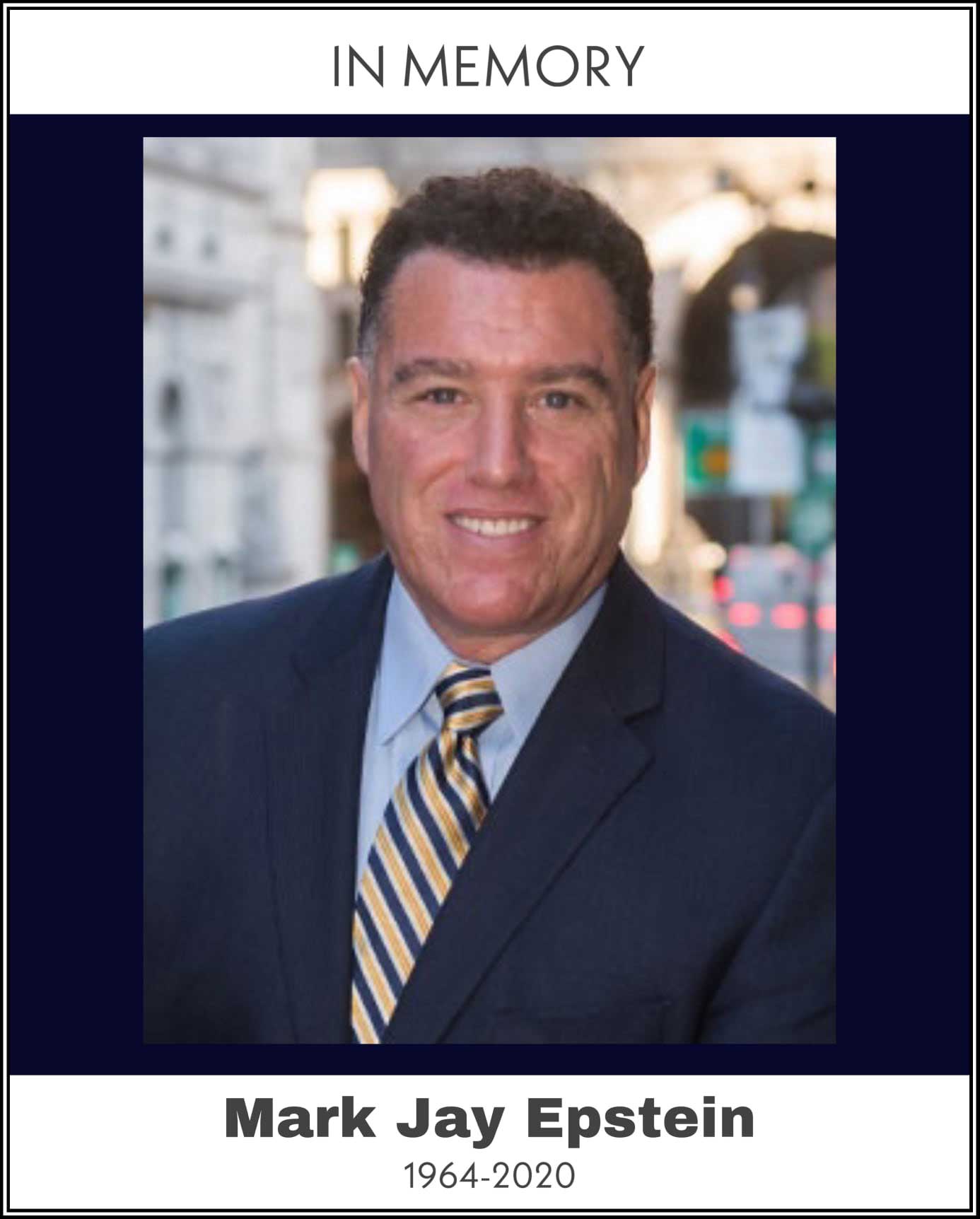 Mark Jay Epstein was a devoted and driven attorney, notable for his endless dedication to his clients and phenomenal work with community organizations. He was a fixture at Pazer Epstein Jaffe & Fein, PC, for twenty-six years and was the engine that kept the firm running at all times.

With over three decades of experience, Mark’s skill and technique gave his clients a significant advantage in personal litigations and trials.  As a litigation strategist, Mark was second to none.

His admirable commitment to his clients contributed to his recognition as one of New York’s Top 100 Trial Lawyers since 2011 by the National Trial Lawyers Association, Top Attorney’s in New York in 2013, and Super Lawyer since 2011. In one of his highest premises cases, Mark fought and won a $5,000,000 settlement for a client landing him in the New York Law Journal Hall of Fame for Highest Premises/Verdict Settlements.

Mark handled a wide variety of serious injury and fatal accident cases throughout his thirty-one-year career. He graduated with a B.A. from American University before receiving his J.D. from New York Law School in 1989. Mark was first admitted to the New York and New Jersey Bar in 1989 and the District of Columbia bar in 1991. Prior to joining Pazer, Epstein, Jaffe & Fein, P.C., Mark honed his skills as a defense attorney and briefly working for the PBA.

As a New York native, Mark always made an extra effort to stay involved with civic-minded organizations and local events supporting hardworking citizens. He made frequent appearances around the state on behalf of laborers regarding workers’ rights and job creation, and he served as the Chair of Long Island Rail Road Commuter Council, riding the LIRR into work regularly and focusing on the issues of utmost importance to riders.

Mark was also a Commissioner on the Suffolk County Human Rights Commission and a graduate of the Suffolk County Police Department Citizen Academy. His belief that representation should occur both in and out of the courtroom has solidified his reputation as a diligent attorney who was not afraid to step outside the box when fighting for the rights of his clients.

Mark was heavily involved in politics for decades, raising campaign funds for Democratic candidates and attending the annual American Israel Publish Affairs Committee convention. He was also part of several Jewish groups, concerned with fixing the inequalities against the Jewish population in society. He was known for his natural ability to speak to others about what truly mattered to them and ensure that their concerns were being heard.

Mark was an incredibly devoted father of two teenage boys who were the light of his life. Not a day went by without Mark telling stories about his sons or planning upcoming father-son activities.

Mark was known for putting everyone before himself: colleagues, family, friends, justice. His close friends described him as “always for the people, and people’s rights, and people’s ability to thrive and have a good life.” He was honest, a hard worker, and loved to fill the room with laughter to lighten the mood.

Click the links before to learn more about Mark’s legacy:

Mark is a 1989 graduate of New York Law School and has been recognized as one of state’s Top 100 Trial Lawyers by the National Trial Lawyers Association.