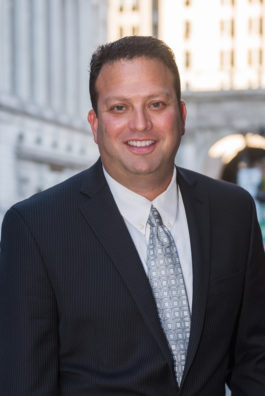 Commitment, tireless effort and compassion are the mantras that Matthew has followed in his law career since first being admitted to the Bar in 1997. Having spent his career spanning over 20 years in the area of Civil Litigation and Personal Injury, Matthew prides himself on his personal relationships with his clients and with fellow members of the Bar and Judiciary as the keys to his success.

Mr. Fein has been with Pazer, Epstein, Jaffe & Fein, P.C. , since 2000 and based upon his contributions to the firm was named partner in 2013. As one of the firm’s Trial Attorneys, he handles a wide variety of legal matters including, construction and work site accidents, premises liability, motor vehicle litigation, medical and professional malpractice and products liability. He has taken many cases to verdict and settlement, having obtained significant recoveries for his clients. His excellence in these areas as a notable trial attorney has been recognized with the awarding of the title of Super Lawyer in 2017.

Matthew also handles the firm’s depositions and motion practice in its complex cases and has argued Appellate matters for the firm having appeared regularly before both the 1st and 2nd Judicial Departments of the State of New York.

He is an active member of many professional organizations such as The New York State Trial Lawyers, American Association for Justice and New York County Lawyers Association and has worked tirelessly on educating other members of the bar. His expertise has lead to his invitation as guest lecturer on topics of personal injury litigation at venues such as New York Law School, Benjamin Cardoza School of Law and New Jersey Association for Justice – Meadowlands Lecture Series.

In his personal life, he holds many noteworthy positions such as his seat on the Executive Board of Directors and as a Trustee for the Old Westbury Hebrew Congregation in Old Westbury, New York as well as its current Executive Vice President and past President of the Bayside, Queens Chapter of Business Networking International.

When not in the courtroom, he is an avid mariner and sports fan and resides on Long Island with his wife and three children.

Commitment, tireless effort and compassion are the mantras that Matthew has followed in his law career since first being admitted to the Bar in 1997.