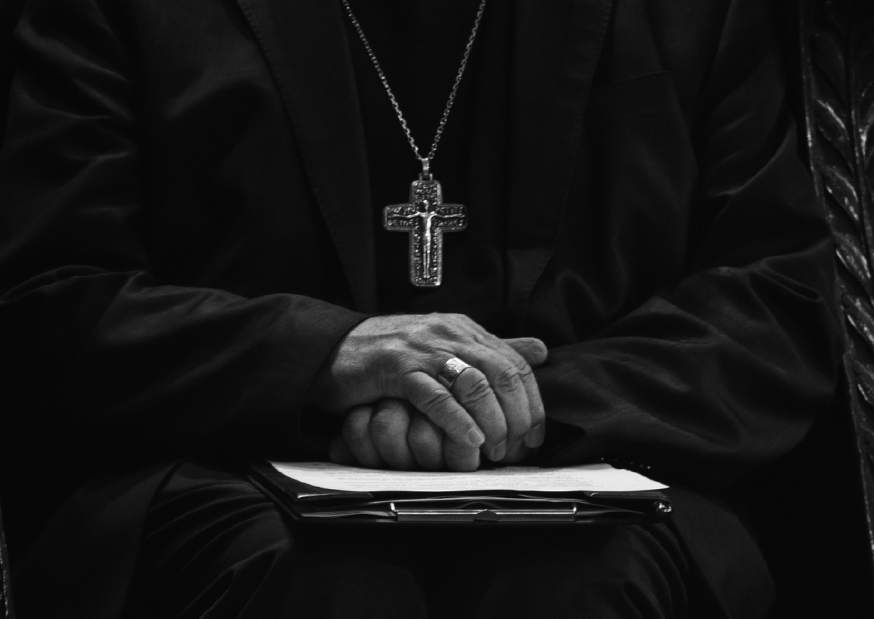 The release of an appalling report this Tuesday in Pennsylvania has some Catholic families afraid to continue raising their children within the church. In a startling 1,356-page grand jury document, taking two years of investigating to complete, more than 300 Catholic “predator priests” were accused of sexually abusing over 1,000 children across six Pennsylvania dioceses in the past 70 years- and dozens of these predators have connections to New York as well:

Reverend Edmond Parrakow was accused of abusing teenagers within a Catholic church in New York back in 1985. After he was ordered to undergo an “intensive evaluation”, he confessed to sexually abusing at least 35 boys in his 17-years with Archdiocese of New York. Parrakow was then reassigned to two churches in Pennsylvania for five years, before returning to New York where he was voluntarily defrocked in 2004- he is one of the 300 shameful predators listed in the Pennsylvania report.

Another Catholic Abuse Scandal Is Here

Back in 2002, the Boston Globe revealed a horrendous investigative piece exposing the unforgivable and hidden abuse plaguing the Catholic Churches across the country. As the forerunners of the story, the Boston Globe sparked a widespread discussion on the issue of sexual abuse by Catholic clergy members and a national reformation of dioceses in attempts to reduce the number of future incidents and provide settlements to victims coming forward.

Unfortunately, the issue of sexual abuse within the Catholic Church is far from over as we have now seen from the recent report out of Pennsylvania. Despite the appearance of change regarding policies within the church, as well as the completion of “safe environment” training in dioceses, further incidents of sexual abuse have been allowed to slip through the cracks, particularly when it comes to clergy members previously accused of sexual abuse.

CNN published an article this week, How could this happy again’ Why this Catholic abuse scandal seems worse than 2002, highlighting some of the most terrifying facts revealed in the Pennsylvania abuse report:

What is making this scandal worse than the original exposure in 2002 is not only the horrifying detailed allegations of repulsive sexual acts committed by the priests involved but the immediate and worldwide access to the information. The deceitful behavior of the clergy members is being spread like wildfire online, with floods of angry rants across multiple social media platforms following behind. As loopholes within the Catholic Church continue to become exposed regarding predators of sexual abuse, people worldwide are demanding justice and accountability for these unforgivable acts.

In response to the new set of disturbing allegations, Pope Francis issued a  global apology letter to Catholics, publicly condemning the cover-ups and crimes committed over the decades of abuse across our country. Pope Francis was quoted saying, ‘We showed no care for the little ones; we abandoned them,” which was generally received by the public in a positive manner- but what’s next?

Some citizens believe this new scandal is the push the Catholic Church needs to make significant changes in its policies, even going as far as to suggest rethinking the need for all-male or predominantly unmarried priests in each parish. However, as the CNN article mentions, these types of suggestions are not scheduled to occur until October 2019 and American Catholics are looking for a plan now.

Possible solutions for church reformation that have arisen include suggesting that active bishops accused in the Pennsylvania report travel to Rome to meet with the Pope, similar to what happened after Chili’s sexual abuse investigation of 31 bishops this past May. Others believe the Vatican could allow U.S. bishops to have greater oversight over the bishops in their churches, which for centuries has been a responsibility only carried out by the Pope. Again, these changes if ever considered would take time and consideration- patience victims, families, and other disappointed Catholics do not have.

More immediate solutions are pointing to the need for all other states to follow Pennsylvania’s lead in exposing abuse before expecting significant policy changes from the Roman Catholic Church. After the release of the grand jury report, Pennsylvania law informed continues to use hotlines and emails to gather reports of additional survivors. A nationwide investigation would help bring to light thousands of other incidents of sexual abuse within the Catholic Church to make a greater case for policy change in the near future.

The goal of the Pennsylvania grand jury report was not only to expose the formally accused but to encourage more survivors to come forward to seek justice against the horrifying crimes committed against them.

In New York State the legislature and the Governor’s office have attempted to agree upon extensions of statutes of limitations so that those adults waking up to the realization they suffered abuse at the hands of clergy as children, memories of which may have been suppressed for years since childhood, could bring claims in court against their abusers.  However, thus far the government has been unable to agree on a working solution to the problem so adults coming to such realizations can exercise rights in court.

In the interim, various funds have been created by various Dioceses in New York, including but not limited to the Archdiocese of New York, the Brooklyn Diocese and the Rockville Centre Diocese.  Clergy abuse victims are permitted to make claims against the funds to seek compensation for the abuses they suffered at the hands of clergy members however many years ago the abuse may have occurred.  Pazer Epstein Jaffe & Fein, PC handles such claims for clergy abuse and stands ready to discuss any such matters with victims in need of assistance making such claims against the funds.

PEJF stands ready to help victims of clergy abuse in claims against religious organizations or the funds created to compensate victims of such abuse. Our aggressive and knowledgeable team guides victims through the process of confronting the abuse by submitting claims for compensation programs they qualify for, discreetly and in confidence. If you or someone you love has sustained an unspeakable act of sexual clergy abuse by the Catholic Church, contact us for a free case evaluation to explore your options for fighting back.