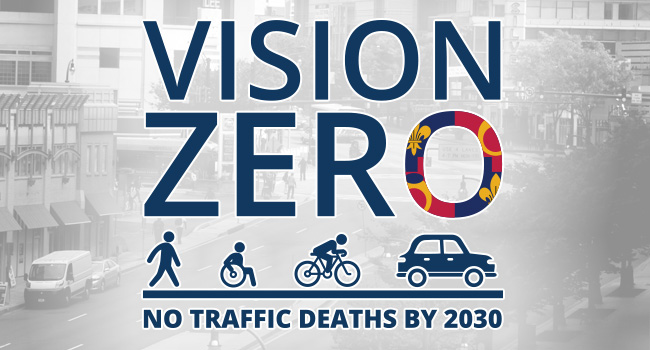 Since beginning in 2014, Vision Zero has made a noticeable impact on the safety of New York City streets. Last year,  NYC saw the lowest rates of traffic-related fatalities since 1910. Between 2013 and 2017, traffic deaths overall dropped 28% and pedestrian fatalities were down by 45%.

Yet, while city officials are throwing up their hands in celebration of the results, safety advocates are putting the breaks on the excitement; 214 lives were still lost in unnecessary traffic crashes last year and 101 of these deaths were pedestrians. The overall goal of Vision Zero is to inevitably reduce traffic fatalities to zero, but some wonder if NYC is doing enough to achieve the end result.

What Is Vision Zero?

According to the World Health Organization, over 1.25 million people die every year from traffic-related deaths; nearly half are motorcyclists, bicycle riders, and pedestrians.  As mobility by automobiles has become more widespread in modern culture, so has the acceptance of death when it occurs on the roads.

Swedish safety advocates recognized this harmful trend and came up with a combative plan to prevent vehicle accident fatalities back in 1997- Vision Zero. The idea behind the initiative is to believe that no loss of life is acceptable. Traffic-related deaths are not seen as accidents but as failures in the road systems, which can and should be corrected to prevent future fatalities from occurring.

In 2014, New York City Council passed the legislation to initiate Vision Zero in attempts to tackle the city’s growing rate of traffic fatalities and serious injuries. Prior to Vision Zero, an average of 300 people were killed and over 5,000 were severely injured in NYC traffic accidents every year. Based upon the original Swedish design, NYC’s Vision Zero focuses on making streets safer through four main plans of action:

New York City officials and community leaders have used the Vision Zero initiative to make several changes since 2014. They formatted Street Teams, enhanced penalties by law enforcement for reckless driving, began the planning process to redesign intersections and focused on passing stronger traffic laws. However, among all of these positive transformations, multiple barriers have stood in the way of NYC hitting the objective of zero traffic fatalities:

Mistakes are inevitable on the roads. Even Sweden has not mastered the idea of Vision Zero,  seeing an increase in traffic deaths in 2017 compared to years past. However, safety advocates and supporters of Vision Zero believe the idea to justify a high rate of road fatalities as a cost of living in a metropolitan setting is unacceptable. City officials may have some major challenges ahead of them to reach their goal of zero traffic fatalities but residents of NYC don’t have to sit and wait.

Vision Zero encompasses the idea that every citizen plays a role in reducing fatal traffic accidents. We can drive slower, bike smarter, and be aware when walking to reduce the possibility of accidents. Most importantly, we can continue to spread awareness to others and always look for an opportunity to get involved in the safety of our communities.

You Have A Right To Protection

Municipalities are just as liable for providing safe roads and limited driving hazards as motorists are for abiding by the traffic laws. If you or a loved one have sustained a serious injury from a vehicle accident due to unsafe traffic conditions or negligence, you could be eligible for compensation. Call our experienced personal injury attorneys at Pazer, Epstein, Jaffe & Fein for a free consultation to find out who’s at fault for your damages.