Summer Concerts can be Dangerous… and Deadly 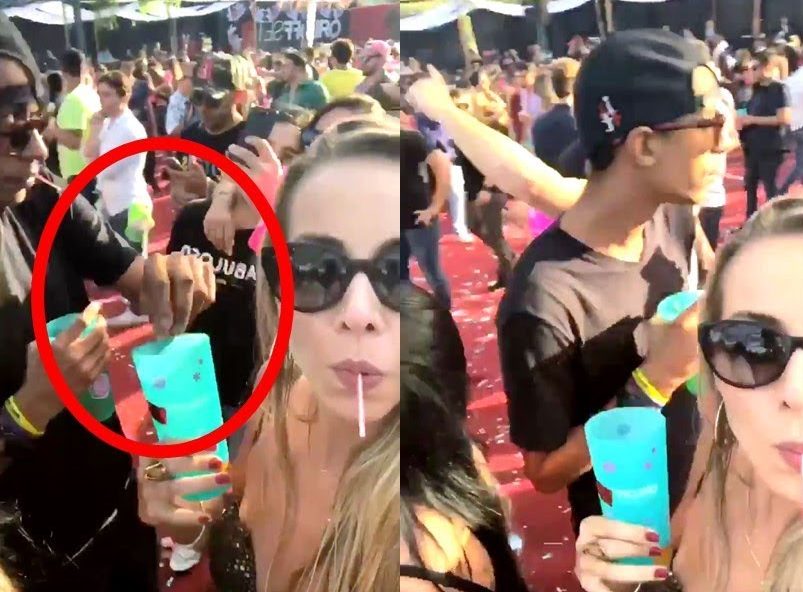 Summer Concerts can be Dangerous… and Deadly

Now that school is officially out, summer concert season is in full swing. Multi-season arenas and outdoor venues are preparing for packed crowds and sold-out shows. Music lovers of all genres are just waiting to hear their favorite tunes accompanied by thousands of other fans. Concerts can be thrilling and magical, but surprisingly they can also be extremely dangerous.

Summer Concerts Can Be Dangerous…and Deadly

When it comes to the atmosphere of summer concerts, excitement can easily overshadow safety. In a poll conducted by MSN regarding concert behaviors, nearly 50% of the those surveyed admitted to doing something at a concert or festival they would never consider doing outside of those environments, including participating in risky behaviors and neglecting the well being of others:

It’s no secret that people do not always use their best judgment when attending concerts and with the massive size of summer venues, the risks of danger are even higher. Any New Yorker planning to attend a show this season should be familiar with the common risk factors that lead to concert-related injuries and how to take the proper precautions to prevent unnecessary accidents.

Out-of-Control Alcohol and Drug Use

Substance abuse has continuously ranked as one of the leading factors causing concert- related injuries and fatalities. In 2016, studies showed 13% of music festival deaths were directly caused by drugs and alcohol (overdoses or alcohol poisoning)- this percentage does not represent the number of other fatalities influenced by substances. Substance use increases the occurrence of reckless behaviors and the severeness of accidents, resulting in thousands of unnecessary injuries and deaths every year from the various dangerous side effects:

Some performers are known for putting on amazing shows, while others either invoke risky behaviors or actually participate in them while performing! These risky stunts have caused serious and fatal injuries to fans who only showed up for a night of fun:

Performers who directly influence their crowds create an environment of acceptance for their fans to get rowdy and make poor decisions that continue to cause harm to themselves and other fans around them. According to an article by bandwidth.fm, even performers who do not encourage or display these types of behaviors admit that it’s ‘bad PR’ to attempt to control your crowd for out of control and possibly dangerous moves.

If you are in the pit of any crowded summer concert, you may want to watch out!  These reckless fan behaviors could cause you to sustain an injury regardless of if you are actively participating:

Studies released by the NHS Choices in the UK on injuries sustained from these dangerous crowd behaviors show that moshing resulted in the most injuries out of the three above. The head was the most common body part injured, followed by the neck and legs. Injuries ranged from contusions, sprains, and lacerations, which more often times were sustained by the crowd members and not the fans instigating the reckless behaviors.

The acceptance of these trends is concerning and they have been around for decades. In an article published by ABC News, for a larger concert that tends to attract mosh pits particularity, 100 to 200 injuries can be expected from nosebleeds to broken bones. Despite the risks, some concert-goers still believe these types of acts enhance their experience, even if the behavior can result in death.

Drunk or sober, all fans are vulnerable to falling injuries when it comes to attending concerts. Large masses of people can easily hide these common slip and fall hazards causing a number of serious accidents and sometimes life-changing injuries:

Even when practices proper safety measures, there are still cases of tragic concert accidents that no one sees coming. These tragedies may not have been preventable by the average fan, but concert attendees should still be aware of them in the case of a repeat incident:

Devastating concert accidents such as these are a horrifying new reality for modern day music lovers and has made the issue of concert security and safety an even larger priority than ever before.

There may be a lot of risks involved in attending a live concert this summer but that doesn’t mean fans should be scared or avoid seeing their favorite bands perform. BuzzFeed, Uloop, and healthdirect all have some extremely helpful safety tips for live music enthusiasts to follow to avoid both common and uncommon injuries this concert season:

Parents of teens attending concerts: you may want to think twice before allowing them to go unsupervised. If your teen is really there for the music, they can still have an amazing time with you tagging along. If they are not, at least you will be making them think twice about participating in unhealthy behaviors.

Summer concerts are for enjoying music- not an opportunity to get out of control at the expense of others. If you or a loved one has sustained serious injury due to the negligence of another, you may qualify for compensation for your damages. Our experienced personal injury attorney at Pazer, Epstein, Jaffe, & Fein, PC are experts in seeking justice for injured victims.