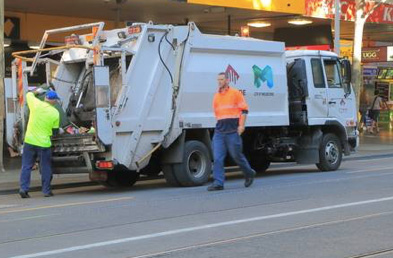 A recent uptick in sanitation truck accidents has residents in New York City and Long Island communities terrified to step too close to the curb. Two weeks ago, a 10-year-old boy was killed, and his mother was seriously injured by a City sanitation vehicle while walking to school in Queens. The following day, three people were injured in Nassau County when an out-of-control private waste truck struck a car and crashed straight into a nearby home.

Shockingly, these terrifying and tragic accidents have become more common in the past decade. A study by the Alliance of Greater New York initiated by the Transform Don’t Trash NYC campaign found sanitation trucks across the City are becoming more dangerous than ever; this is particularly true of vehicles owned by private companies hauling commercial waste.

Research from the study showed crash rates among the 20 largest private sanitation carters in NYC nearly doubled in a two-year span: 35 crashes in 2016 to 67 crashes in 2018. Private waste carters have also been linked to at least 43 fatalities since 2010. Comparably, trucks dispatched by the Department of Sanitation for residential and municipal waste collection have only been involved in one fatal accident since 2014.

Accidents involving sanitation trucks can result in permanent and life-threatening injuries. These bulky vehicles can be catastrophic when crossing paths with pedestrians, cyclists, or other vehicles. Below are the dangerous all New Yorkers should know to stay safe on NYC streets.

The Hidden Dangers of Private Sanitation

The majority of sanitation truck accidents and fatalities in NYC are caused by vehicles owned by private carting companies contracted to collect commercial waste. There are over 90 companies spanning across the City that fight to pick up an estimated 13 million tons of trash every year. These vehicles make hundreds of random stops a day on a client by client schedule, which often lead companies to take unnecessary risks to get the job done.

However, not all private carting companies have higher rates of accidents across the country. The Federal Motor Carrier Administration (F.M.C.S.A.) reports NYC private haulers experienced an accident rate of over three times more than private carters in other major cities. Some of the leading factors include:

Unlike City sanitation trucks that collect waste in a remote area, private carting companies conduct business through separate contracts negotiated with each customer they incur. These customers are often located across all five boroughs. This results in hectic schedules, inconsistent routes, and drivers who are rushing through congested streets to complete their daily pickup schedule.

With more than 90 private sanitation companies operating in NYC at a time, New Yorkers are constantly watching out for waste trucks zooming by. There are more than 100,000 businesses in NYC that require weekly trash pickups. Combined with over 2,200 general collection trucks that are also dispatched by the Department of Sanitation every week, the opportunity for accidents is endless.

Private sanitation carters who lack proper safety practices are putting both drivers and civilians at risk. The U.S. Bureau of Labor Statistics reports that sanitation work remains the fifth deadliest job in the country.

The Transform Don’t Trash NYC study found companies who lack safety practices in the following areas were most likely to experience serious and fatal accidents:

Sanitation truck operators who drive recklessly immediately elevate their risk of causing fatal accidents. The average sanitation vehicle weighs around 20 to 30 tons and requires approximately 45 feet of loading space for each haul. These perimeters can lead to disaster on congested NYC streets when drivers act carelessly.

The reckless driving behaviors that most often lead to accidents include:

Change Is On The Way…But Not Soon Enough

On November 20, 2019, Mayor DeBlasio signed a new bill to overhaul NYC’s private waste industry and cut down on the number of private sanitation trucks allowed on City streets. The legislation is the first significant change to the sanitation industry since 1990.

The bill eliminates the City’s current open market for commercial trash pickup and will establish new waste zones allowing only three private carters to contract to collect trash for each area. Additionally, large containers of waste citywide will be brought to identified transfer stations where up to five private haulers can contract to haul waste.

Unfortunately, officials report that full implementation of the bill may not be expected until 2022. This leaves ample opportunity for dangerous private waste vehicles to continue putting others at risk, and at a time when competition to maintain business will be higher than ever.

Trash pickup should never result in injuries or fatalities. If you or a loved one has been injured in a motor vehicle accident involving a sanitation truck, our knowledgeable team of accident lawyers at Pazer, Epstein, Jaffe & Fein is here to help. Our attorneys have been aggressively fighting for victims of negligent motor vehicle accidents for over 60 years. Contact us using our convenient online form or feel free to phone us in New York at 212-227-1212, or in Huntington/Long Island at 631-864-2429.