NYC Measles Outbreak: What You Need To Know 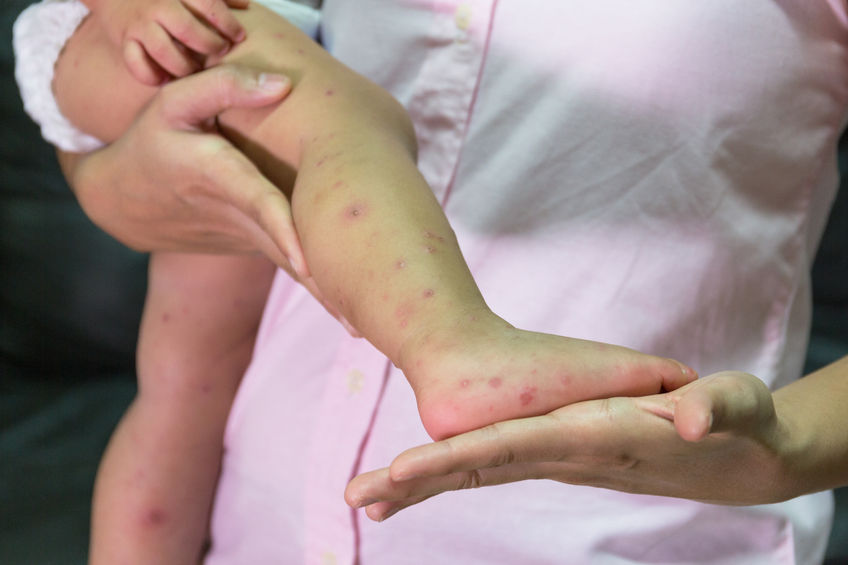 NYC Measles Outbreak: What You Need To Know

The measles epidemic is far from over. According to a report released by the Center for Disease Control and Prevention (CDC), the number of confirmed measles cases in our country for the first three months of 2019 has already surpassed the entire number of cases in 2018. Between January to March of this year, at least 387 cases were reported across 15 states compared to the 372 reported nationwide at the end of last year. This outbreak is the second largest in U.S. history since the measles was practically eliminated back in 2000.

The Measles In New York

In New York City, Brooklyn and Queens have seen the highest concentrations of measles cases since the outbreak began. The New York City Department of Health has reported at least 259 cases of the measles within these two boroughs since October, with the most significant numbers in Williamsburg (202) and Borough Park (49). Health officials report most of these cases have been affecting members of the Orthodox Jewish communities, where MMR vaccine rates are low and residents frequently travel back and forth to Israel- a country also in the middle of a massive measles outbreak

Rockland County, a suburb north of NYC, has declared a state of emergency over the ongoing measles outbreak and is taking some shocking steps to reduce the spread of the virus. Not only have almost 6,000 unvaccinated children been pulled from public schools after an executive order was issued, but starting Tuesday, March 26, all non-vaccinated minors were barred from going to public places according to ABC News. The ban will last until 30-days after the declaration was activated on March 26 or until the unvaccinated individuals receive the MMR vaccination.

The current measles outbreak is causing widespread panic to the point where even religious exemptions are not being accepted as a valid reason for not consenting to vaccinations. To help spread more awareness on the dangers of measles, health and safety advocates across the country are continuing to educate the public about the virus and the health risks it poses for certain populations. It is the responsibility of every New Yorker to help reduce the spread of measles by staying educated on the virus and taking preventative steps whenever in public places.

Viruses like the measles can spread for a variety of different reasons. The CDC reports that outbreaks typically begin and spiral out of control for two main reasons:

Unfortunately, the measles virus is highly contagious. The CDC states that if one person has the measles, at least 90 percent of people who are close to that individual will become infected if they are not immune or protected. The measles virus lives in the nose and throat mucus. When someone with the measles coughs or sneezes, the virus can live airborne for approximately two hours. Like most viruses, people who are infected do not always know it. Someone who has the measles can be contagious four days before and four days after any signs or symptoms of the virus even appear, allowing the possibility for infecting hundreds of others during that time.

Signs and Complications of the Measles

The first signs of the measles may appear similar to a bad cold and can take one to two weeks to show. The CDC warns residents to watch out for these symptoms as first signs that you or someone you love could be infected:

The measles virus can lead to a number of other complications in addition to the symptoms indicating an infection: ear infections, diarrhea, pneumonia, swelling in the brain, miscarriage or pregnancy complications, and death are the most serious complications that can occur. There have also been cases of long-term health consequences, such as central nervous system complications, that may not appear until 10-years after someone has recovered from the measles.

A significant number of Americans are protected against the measles virus, but there are still many populations who are unvaccinated and not by choice. These at-risk groups are most known for experiencing severe complications from the measles virus:

When these high-risk groups become exposed to the measles, their immune systems less likely to fight the virus off with ease. While some unvaccinated individuals who are otherwise healthy may only experience mild symptoms from the measles,  they still have the potential of spreading the virus to other individuals who are unable to receive protection and may suffer fatal results.

If you think you may have been exposed to the measles, do not run straight to your doctor or urgent care. Because there is no specific treatment for the measles virus,  the best way to prevent it from spreading by containment and rest. Mayo Clinic recommends taking these steps if you believe you or a loved one has been exposed:

For more advice on coping with the measles, visit Mayo Clinic for information and treatment tips.

At the law firm of Pazer, Epstein, Jaffe & Fein, we have been advocating for the health and safety of New York City residents for over 50 years. If you or a loved has sustained an unnecessary illness due to negligence, contact us using our convenient online form or feel free to phone us in New York at 212-227-1212, or in Huntington/Long Island at 631-864-2429.