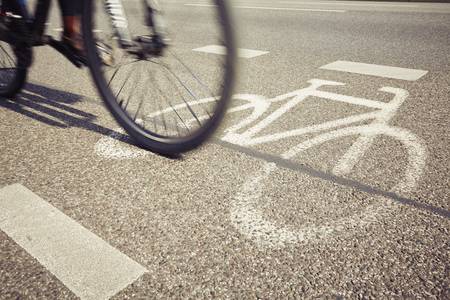 The end of 2019 was the closing of a deadly year for cyclists in New York City. The Daily News reported a total of 29 cyclists were killed last year while riding across the five boroughs. The highest concentration of fatalities was in Brooklyn neighborhoods, where 18 of these tragic accidents were reported.

Only one biking fatality did not involve a vehicle-related crash. The remaining 28 bicycle fatalities were the result of motor vehicle accidents, and 25 of the accidents involved larger vehicles such as trucks, buses, vans, or SUV’s.

Bicycle fatalities in NYC have not been this high since 1999. Data from the Department of Transportation shows the death toll in 2019 was nearly triple the number in 2018, with only 10 cyclist fatalities to report compared to 29.

The increase in fatal bicycle accidents becomes particularly concerning as rates of bike-sharing and commuting via cycling continue to rise. The Daily News article predicts nearly 500,000 bike trips are taken across NYC every day, and the cold weather does little to decrease the numbers.

As we enter 2020, it is more critical than ever to focus on the safety of cyclists on NYC streets. These are the ideas city officials and safety advocates are pushing for, and what New Yorkers could expect to see in the upcoming year.

Mayor de Blasio, shortly after the first surge of bicycle fatalities hit NYC. The initiative was aimed to decrease the number of future bicycle accidents by presenting a long-term citywide vision of cycling safety. Action steps were focused on immediate improvements, such as adding bike lanes, public awareness, and increasing law enforcement’s attention on reckless drivers.

Specific goals of the Green Wave include:

– Citywide Protected Bicycle Lane Network: To build 30 miles of protected bicycle lanes annually, increase the ratio of residents riding bicycles compared to vehicles, and to build 75 miles of bicycle infrastructure across 10 Bicycle Priority Districts by 2022. Seven priority districts are located in Brooklyn, and three are located in Queens.

– Better Design: To enhance the safety of intersections by redesigning streets and continuing to pilot programs of new traffic patterns.

– NYPD Enforcement: To target high risk driving behaviors such as speeding, failing to yield, blocking bike lanes, and oversized trucks in the city. Officers will also continue to roll out Operation Safe Passage, a program created to educate drivers on the dangers of aggressive and distracting behaviors behind the wheel.

– Targeted Truck Initiatives: To increase enforcement efforts in reducing conflicts between trucks and cyclists and expand off-hour delivery programs in residential zones to decrease the number of hours of shared roads.

– Legislation and Policy: To create legislation that maintains current bike lanes, even during construction and resurfacing projects, while targeting positive driver and cyclist behaviors. Legislative moves should also develop sound policies to address the inclusion of e-bikes and e-scooters.

– Education and Outreach: To launch the next phase of Vision Zero’s public awareness campaign created to educate drivers on the importance of keeping bike lanes clear and sharing the roads. The campaign also encourages more helmet use among riders.

Despite the positive change intended by the Green Wave program, NYC street advocates admit the efforts they have seen thus far are falling short of protecting cyclists. The Daily News article reports 11 of the 29 cyclist deaths occurred after the initiation of Green Wave.

Additionally, two months after Green Wave was announced, police in NYC were given the go-ahead to continue expanding enforcement on bicycle riders who are caught breaking the traffic laws. This maneuver sparked outrage among families and loved ones of cyclists who have been injured or killed by reckless drivers that saw no legal recourse.

Protected Bike Lanes Are The Key

City officials and bicycle safety groups have been ferociously battling over the past year on how to best protect cyclists on NYC streets. One method most are able to agree on is the need for more protected bike lanes.

Cities across the world with successful biking networks, including Copenhagen in Denmark and Amsterdam in the Netherlands, have demonstrated how protected bike lanes can create a safer culture for riding. Protected bike lanes, as opposed to painted bike lanes, involve physical barriers to keep vehicles from entering. Barriers can include trees, gates, concrete, or metal guardrails. Some cities even provide elevated lanes to remove the threat of vehicles to cyclists completely.

Progress reports from the Department of Transportation show 21.4 miles of protected bike lanes were developed in 2019. Another 9.2 miles are categorized as ‘in progress’ as of January 1, and 10.2 miles are classified as ‘in development.’ Hopefully, the expansion of these protected lanes will allow for more New Yorkers to hop on their bikes without fear of injury in the near future.

For more information on bike improvements that could be coming to your neighborhood, find more resources on Ridership Statistics and Reports here.

At the law firm of Pazer, Epstein, Jaffe & Fein, we have been fighting for victims of unnecessary bicycle accidents in New York City for over 60 years. If you or a loved one has been injured in an accident, our knowledgeable team of attorneys is here to help. Contact us using our convenient online form or feel free to phone us in New York at 212-227-1212, or in Huntington/Long Island at 631-864-2429.