NYC Bicycle Fatalities Are On The Rise 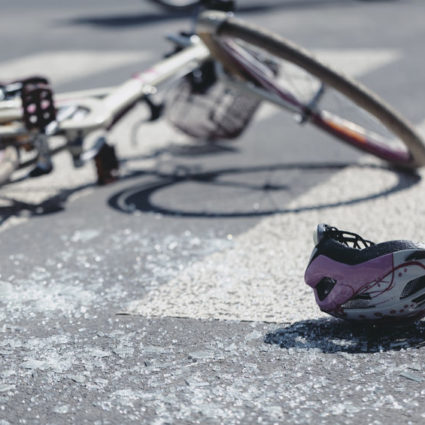 NYC Bicycle Fatalities Are On The Rise

Another New York City cyclist was killed this week after being hit by a cement truck in Brooklyn. According to News12, the 28-year-old cyclist was traveling down Bushwick Avenue and Boerum Street. A video shows the cyclist attempted to swerve away from the cement truck but was unable to avoid the fatal crash.

This recent incident marks the 15th cyclist to die on New York City streets this year, and the third cyclist in just over a week. Mayor Bill de Blasio classified the recent uptick in fatal bicycle accidents as a public ‘emergency,’ according to the New York Post. De Blasio has since instructed the NYPD to crack down on reckless drivers who put cyclists’ lives at risk, and charged the Department of Transportation with the task of developing new ways to keep bicycle riders safe on the road.

Why Bicycle Accidents Continue to Happen

Year-to-date comparisons show New York City cyclist fatalities have doubled within the last year. The concerning uptick in bicycle accidents citywide was first noticed back in February. Nineteen people (cyclists, pedestrians, and motorists) were killed and at least 191 cyclists were reported injured within the first 28 days of 2019. Streets Blog  reported cyclist injuries were up in all boroughs by at least 10 percent (except for Manhattan South), and some areas saw an increase as high as 233 percent. The blog nicknamed the month ‘Bloody January’.

Since 1990, cycling in New York City has increased by around 320 percent, according to the NYC Department of Transportation. Though more cyclists on the road is a suspected variable for increased accidents, more bikes does not necessarily equal more crashes.

When comparing countries around the world, larger cities with higher rates of daily cyclists have fewer injuries and fatalities to report. A BBC article reports more than half of the population in Denmark rides bicycles on a daily basis. Surprisingly, their fatality rate is four times less than the United States based on how they have incorporated cycling into their culture.

So where is New York City going wrong? According to the BBC, these are some of the steps bike-friendly countries are taking to keep riders safe:

Bike-friendly cities design their streets in favor of bicycles and cars sharing the road. Most major cities in America are designed predominantly for cars. Speed limits, designated lanes and pedestrian walkways all affect how motor vehicles should efficiently move through city streets. Cyclists are not seen as equal modes of transportation.

Cities with safe bike lanes place barriers to keep cars from entering protected lanes. Barriers can include trees, gates, concrete, or metal guardrails to protect cyclists when riding. Several American cities who do go through with installing bike lanes are designing them poorly. Not only are they missing protective barriers, but they are also made too narrow, giving cyclists little room for error or to ride along side a companion.

Countries with an enormous number of bikers have gone as far as creating separate bike networks in addition to bike lanes. In the Netherlands, hundreds of bike paths intertwine throughout the city. At least 27 percent of the population rides bikes daily and their cyclist fatality rates are some of the lowest in the world.

Some countries have created separate traffic signals for cyclists, granting them priority to cross in front of oncoming traffic. Copenhagen cyclists are given a green light almost immediately when they hit an intersection, with provided foot rests if they do have to wait at a red signal.

A huge concern with bike sharing is that cyclists are putting themselves at a higher risk for injuries by not coming prepared with a helmet. In Sweden, a company has designed an inflatable helmets to be worn around the neck to encourage riders to carry their own protection to reduce the number of fatal and severe head injuries in the case of a crash.

Cyclists in New York City cannot predict what cars will do on the road. To help reduce the risk of injuries, cyclists must prepare for safety every time they take a ride. BikeRentNYC provides the following safety recommendations to help cyclists bike safer in the city:

As safety advocates for cyclists across New York City, the law firm of Pazer, Epstein, Jaffe & Fein is here to support you after an accident. Cyclists deserve safe streets to ride. No matter how busy the streets are, bicycle accidents caused by driver negligence are unacceptable.

If you or a loved one has sustained a bicycle injury after a traffic accident, our knowledgeable team of accident attorneys is here to help. Contact us for a free consultation to review your case and your rights.