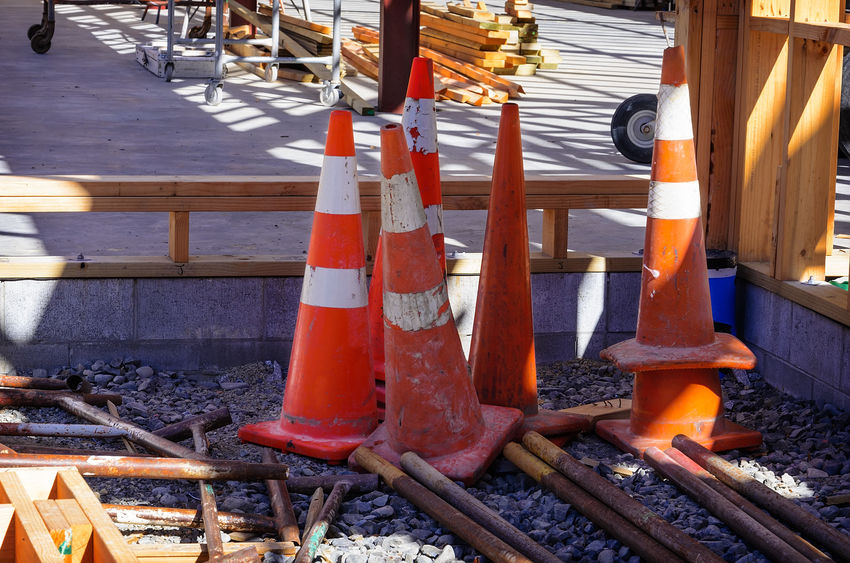 The arrival of Spring marks the busy season in the construction industry. Workers and work sites will be popping up all over New York City, repairing as many streets, highways, and bridges as they can get to before the next winter season begins.

Unfortunately, highway work zones can prove to be extremely dangerous for both workers and drivers. According to the Federal Highway Administration (FHWA), there have been over 4,400 deaths and 200,000 injuries occurring in roadside construction and maintenance zones in the last five years that could have been prevented. To encourage safer driving habits throughout work zones nationwide, the FHWA and its partners sponsor National Work Zone Awareness Week. From April 8 -12,  this safety campaign aims to educate drivers on the deadly risks of driving through work zones and how they can navigate the roads carefully to keep both fellow motorists and workers safe.

While road fatalities outside of work zones decreased between 2016 to 2017 by 1.5 percent, fatal crashes within work zones increased by 3 percent with 22 additional accidents. The FHWA estimates that one work zone fatality occurs in the U.S. for every 4 billion vehicle-miles of travel and most of these fatal accidents are occurring on highways. Out of the 710 fatal work zone crashes reported in 2017:

Reports show that most work zone fatalities involve working-age adults on roads where the speed limit is more than 50 mph. The FHWA also reports these accidents are much more likely to occur during the week and during the day, precisely the times when these working-age adults are on their commutes. Anxiety and anger over being stuck in traffic can cause drivers to pull more aggressive moves and miss obvious signs of construction when they are worried about getting to work on time.

Drivers and passengers are the most frequent victims of work zone accidents, constituting about 80 percent of fatalities in any given year. Speed is a significant factor contributing to fatal crashes. In 2017, the FHWA reported that 29 percent of fatal accidents in 2017, or 203 crashes, involved drivers who were speeding. Drivers who speed put themselves and others at a higher risk of serious and fatal injuries in the case of an accident due to the substantial force of impact in and an inability to stop quickly or avoid hazards safely.

Workers Who Are Most At Risk

Every day, construction and maintenance workers start their shift with the possibility of sustaining a serious or fatal injury. The 2017 work zone fatality report showed 132 fatalities were workers. Though this number is down 11 deaths from 2016, the fact that these deaths could be been prevented with safer driving behaviors is unacceptable.

You don’t have to be a worker standing directly on the side of the road to be at risk in a work zone. The National Institute for Occupational Safety and Health (NIOSH) reported that between 2003 to 2015, 68 percent of all work-related fatalities in work zones involved these occupations:

When examining a five year period from 2011 to 2015, the NIOSH found that 73 percent of fatal work zone accidents involving workers were caused by transportation, and 61 percent of these deaths were a result of a worker being struck by a vehicle.  Unlike drivers and their passengers, most of these workers are entirely exposed with little protection in a collision with a vehicle.

The Most Common Work Zone Crashes

When drivers are not paying attention to the flow of traffic and warning signs, accidents are bound to happen. The FHWA reports rear-end accidents are the most common types of crashes, and there are several different ways this can happen:

Other common accidents in work zones involve head-on or sideswipe collisions with workers, signs, barriers, cones, or machinery and most often when a driver is distracted or speeding.

The Most Dangerous Vehicles

SUVs and pickup trucks accounted for the majority of work zone deaths involving workers. Between 2011 and 2015, the NIOSH reported these vehicles were responsible for a total of 95 worker deaths. Other vehicles responsible for fatalities included:

In 2017, at least 222 of the fatal accidents in work zones involved large trucks and buses. The mere size of these massive vehicles can cause catastrophic accidents and injuries on congested roads, even more so when traveling at high speeds. According to the Department of Transportation, a fully loaded charter bus averages around 20 tons and a tractor-trailer around 40 tons. Large trucks take about 50 percent more time to come to a stop in good road conditions.  At least 50 percent of these large truck accidents occurred on rural roadways, where it was suspected that drivers were attempting to pass.

The best way to reduce the number of work zone accidents is for all New Yorkers to drive safer and smarter this construction season. The FHWA advises motorists to use the following safety tips whenever behind the wheel:

At the law firm of Pazer, Epstein, Jaffe & Fein, we have been fighting for New York City workers and victims of unnecessary vehicle accidents for over 50 years. If you or a loved one has sustained a serious injury at work or on the road, our knowledgeable team of accident attorneys is here to help. Contact us using our convenient online form or feel free to phone us in New York at 212-227-1212, or in Huntington/Long Island at 631-864-2429.