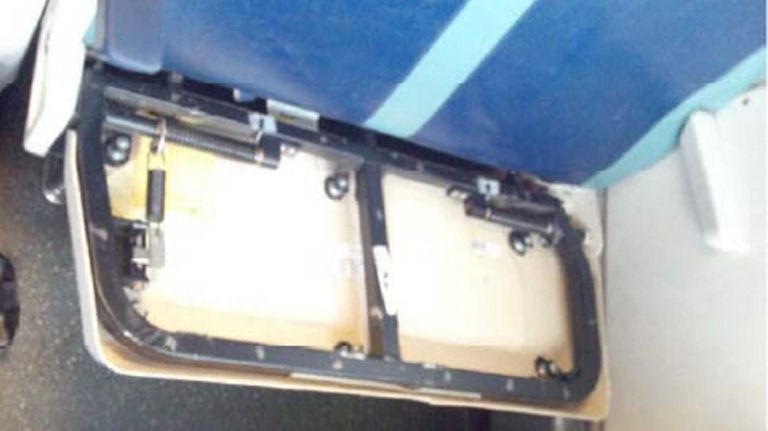 Long Island Rail Road riders can take a load off on a few extra seats — at least until a conductor asks them to move.

The LIRR, responding to complaints from a commuter watchdog group, is replacing missing or damaged cushions on flip-down seats on dozens of electric train cars.

In December, the LIRR Commuter Council put out what it called an SOS for Save Our Seats alert calling on the railroad to reinstall cushions removed from many of the seats found at one end of some cars.

The railroad has installed 95 new cushions in recent months, and is permanently securing many of them to seat frames, said LIRR customer service vice president Joe Calderone. The agency has ordered 100 more cushions for additional replacements.

“If there’s a seat without a cushion, that’s something we need to address. And we are addressing it,” Calderone said.

The flip-down seats are near the conductor’s controls. Some riders have said conductors deliberately remove the seats to keep customers from sitting in them.

But Anthony Simon, general chairman of United Transportation Union, which represents conductors, said riders inadvertently break the seats when trying to force them down from the locked position.

Simon has said the seats are intended for train crews, not customers. Calderone said the LIRR plans to install signs near the seats telling customers that they may be required to give up the seat if the crew needs to get into the controls.

“We’re very pleased that the railroad heard our concern and seems to be addressing it,” said Mark Epstein, chairman of the commuter council.

For a more long-term solution, Calderone said the LIRR has plans for a cushion-less, molded, flip down seat to replace those in use.