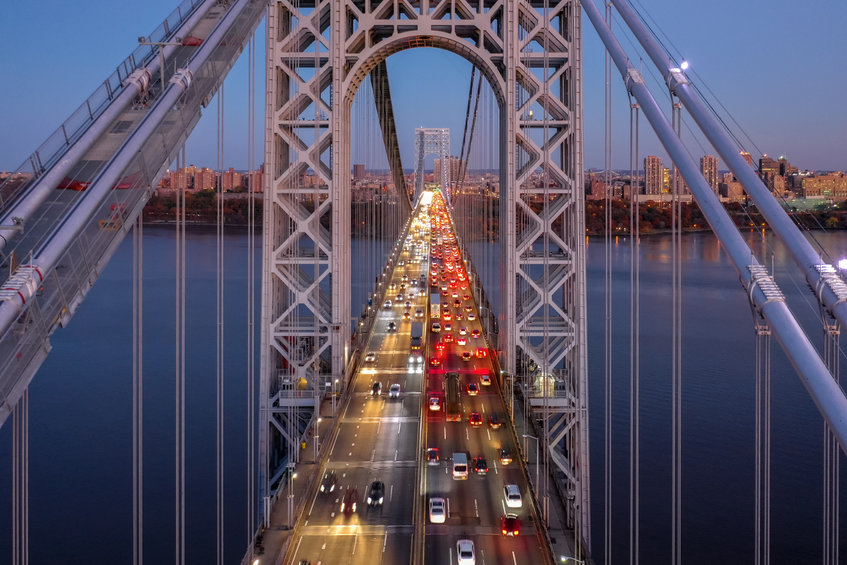 The terrifying Fern Hollow Bridge collapse in Pennsylvania two weeks ago has sparked concerns over bridge safety nationwide. According to the Pittsburgh Post-Gazette, the 52-year-old bridge connecting Forbes Avenue and Frick Park suddenly collapsed on Jan. 28. Ten people were injured in the disaster, and seven vehicles, including a Port Authority bus, were left among the rubble.

This national disaster has sparked worry in communities across the country, especially in locations like New York City, where hundreds of bridges deemed “unsafe” remain in operation every day. Infrastructure failures are preventable with proper maintenance, but municipalities are not always quick to make financial commitments to ensure that bridges are structurally sound.

Investigators of Fern Hollow Bridge determined that the bridge collapsed downward from the center, specifically where the deck is attached to the abutment. Issues with the expansion joints are believed to have contributed to the bridge deck failing. Cracks on the bridge’s deck, which allow for road salt and water to corrode supports, may also have compromised the stability of the structure.

Engineering experts from West Virginia University interviewed about the bridge collapse stated that “a bridge with proper maintenance should last much longer than 50 years.” State officials reported that the Fern Hollow Bridge was inspected last in September and scored a poor rating for safety.

Despite the safety concerns, no further maintenance was performed to reinforce the bridge before the collapse. A professor of construction engineering from Virginia Tech was quoted by the Pittsburgh Post-Gazette stating that “the bridge was never well taken care of,” and addressing the unusual choice of using cables to provide adequate support on a bridge of this size.

The National Transportation Safety Board launched an investigation on the bridge collapse only hours after the incident occurred; however, it could take 18-months before the final cause of the accident is revealed. Thankfully, no fatalities arose from this horrific incident. Still, it opens our eyes to the importance of bridge safety and poses an important question: How safe are the bridges in NYC?

A 2019 report issued by the American Road & Transportation Builders Associate (A.R.T.B.A.) found that over 47,000 bridges in the United States are considered to be in poor condition. Over 600 of these bridges are in NYC, some spanning into parts of Long Island and Westchester County.

According to Patch, there are about 9,065 bridges in New York City’s congressional districts, with 638 categorized as structurally deficient.

The Federal Highway Administration defines a structurally deficient bridge as a structure with at least one key structural element in poor or failing condition. Structural features include the deck, superstructure, and/or substructure or culverts.

The scariest bridges are the ones most traveled. Millions of cars pass through NYC every day, to and from the city. That means most New Yorkers who drive and commuters pass over a structurally deficient bridge at least twice a day.

The image below highlights the most traveled structurally deficient bridges in NYC from the A.R.T.B.A.’s National Bridge Inventory Data Report from 2020:

New York City residents deserve to feel safe when driving around the city. They should not have to fear that a bridge will collapse underfoot, especially when consistent infrastructure maintenance can prevent these tragedies from occurring.

If you or someone you love has been injured in an accident, you’re going to need someone to help you seek the compensation you deserve to recover. Let the Pazer, Epstein, Jaffe & Fein, P.C. team advocate for your rights, seeking the maximum damages you deserve from your accident.